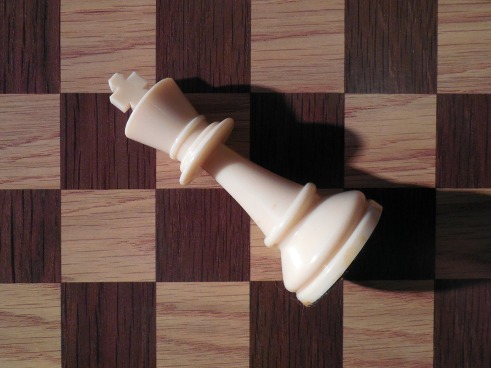 To me, contests used to be near ulcer inducing. A nuclear war so explosive that even a simple raffle could knot my stomach worse than the old box of costume jewelry I pulled out of the garage during my plight to simplify my life through the disposal of things that were no longer serving me.

Over time, I resigned myself to watching contests from afar, hesitant to enter because of the fear of losing. I already allowed other people in my life to make me believe I was loser enough, I didn’t need an incorrect ticket number or an erroneous answer during trivia to cause me to feel worse–Just a portion of my power I have taken back throughout the years.

When I started writing a few years ago, I had a friend who was just a bit more than persistent about me entering some work into online creative writing contests. Okay, fine, to be honest, she could be best juxtaposed to a mall kiosk worker selling overpriced hand lotion.

But she wasn’t selling anything. She believed in me enough to send gentle “reminders” several times a day…consistently…for a week, maybe two…about entering certain writing contests.

Eventually, I caved. No, I didn’t purchase supposedly imported hand creams guaranteed to change my life in two minutes flat. With a shaky hand and elevated blood pressure, I hit “send” on the first submission of many to a writing contest.

What if the judges laughed at it? What if no one understands it–as many often don’t quite understand my writing style?

The possibilities that spun through my head were as relentless as traffic on 95 south at five ‘o clock on Friday evening.

BUT…But, there was hope.

I was able to shift my mindset. Not placing in a contest isn’t losing if I’m putting everything I have into that piece.

In other words, when I am creating, I give all the energy, life, and creativity to that specific work. I have it edited and beta read. I adhere to ALL of the submission guidelines and check for easily-missed typos and errors.

The best pieces of my energy go into each and every piece of writing I submit–created, polished, and edited, to the absolute best of my ability so that when I push the “submit” button, I know, without a doubt, that I gave everything within my current skill set to that writing.

In the end, if the judges, if the world does not believe it suits them, I can shrug and say, “well, I gave all I possibly could.”

I started applying this to every part of my life. This, “give the very best that I can in the status quo of life.”

Admittedly, some days, that’s not very much, but it’s everything I have, and that’s good enough.

I wish we judged everything like that, especially during times like test taking. Is it really the “A” we’re so concerned about? The “coveted” Holy Grail known as the “honor roll”?

What if instead of pressing for specific grades we simply instilled into children that when the pencil goes down and that test paper is turned in, there was someone standing by the door and asking if there was anything they could’ve done better. If they say no with one hundred percent honesty, then no grade they could ever get would be a failure.

A lot of people, myself once included, need to change perceptions and ideas of what failure and losing is.

I believe we lose if we fail to give a project our all. And if that is the case, then maybe we should question whether we truly valued that or not. Maybe that’s an area in which reevaluation would serve us well.

By the way, I placed second in that contest…